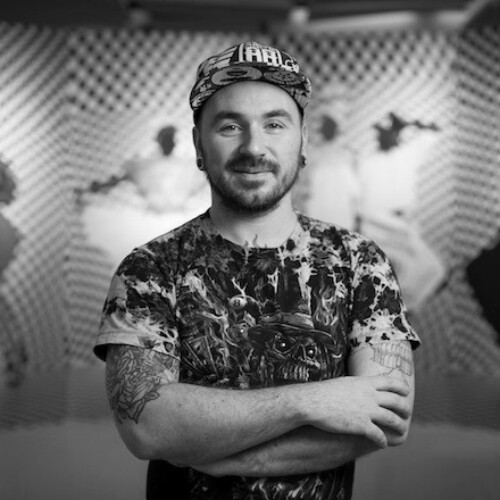 Jean-Paul Lespagnard, is a Belgian designer. He has presented his prêt-à-porter collections for women since March of 2011. After studying visual arts and fashion design at Liège’s IFAPME, he worked with Anna Sui for two seasons and became Annemie Verbeke’s assistant in 2005. In 2008, he participated in the 23rd edition of the Hyères International Festival of Fashion and Photography and won the Public’s Choice as well as the 1.2.3 Award. It was during that festival that he reached out to a broader audience and surprised everyone with his Belgian fried potatoes’ stand themed “Jacquelines” collection. The uniqueness, newness, and sheer originality of the presentation, narrated like an ironic and fanciful fairy tale, captivated the audience. The 1.2.3 Award allowed him to design and present a capsule collection. Later, Jean-Paul Lespagnard would go on to create his own label.

As the years passed, he perfected his style with collections that are both elegant and accessible. He has a gift for eloquently expressing an optimistic world where originality is tinged with amused irreverence towards the classical wardrobe. Fascinated by art in all its forms, be it popular or underground, Jean-Paul Lespagnard has had multiple collaborations with, in particular, villa Noailles, French pop singer Yelle, choreographers Meg Stuart, Pierre Droulers or Gilles Jobin, as well as with magazines such as Elle or Marie-Claire. In 2012, Arte and RTBF devoted a documentary to Jean-Paul.