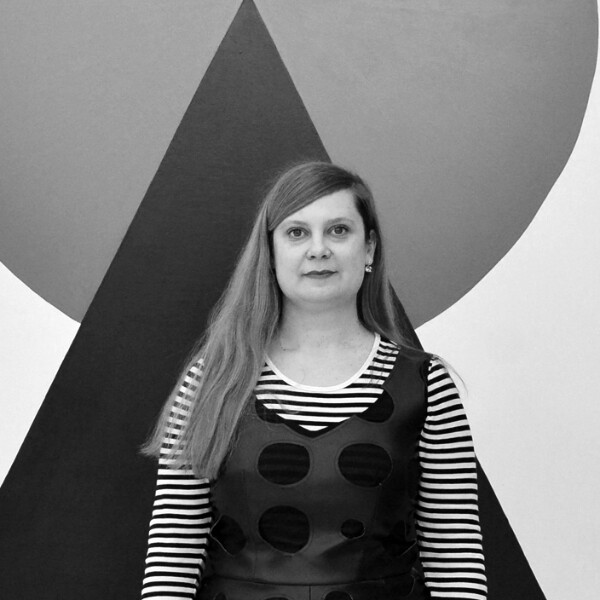 Karina Bisch was born in 1974 in Paris, where she lives and works. Since her studies at École Nationale Supérieure des Beaux-Arts, Paris (she graduated in 2000) and at Beeldende Rijksakademie van Kunsten, Amsterdam, in 2005 and 2006, she has developed a unique artistic vocabulary drawing extensively from geometric art, but also from fashion or dance, while developing her own personal take on modernity. The artist has explored the aesthetics of historical avant-gardes, before distorting or adapting them for her needs. Although Karina Bisch primarily sees herself as a painter, her artistic endeavors also include sculpture, installations and performances. She is interested in the relationship between art and craft: her first outfits were made in the context of her art performances. In 2012, she started a project called "Painting for Living", making craftsmanship even more integral to her artistic practice, by creating wearable works of art: scarf, dress, bag or bracelet. The idea is to wear the art of painting, to be in it.

Through works and performances that sometimes verge on the theatrical, Karina Bisch evolves irreverent, yet pragmatic ways of reinterpreting her 20th century, poking fun at the alleged universality of modernist canons.

Works by Karina Bisch have been shown in renowned institutions in France and Europe, and are included, inter alia, in the following collections: West Collection in Pennsylvania—USA, France’s National Fund for Contemporary Art, Museum of Modern Art of the City of Paris, Frac Aquitaine, frac île-de-frrance, Frac Franche-Comté, the Municipal Fund of the City of Paris. 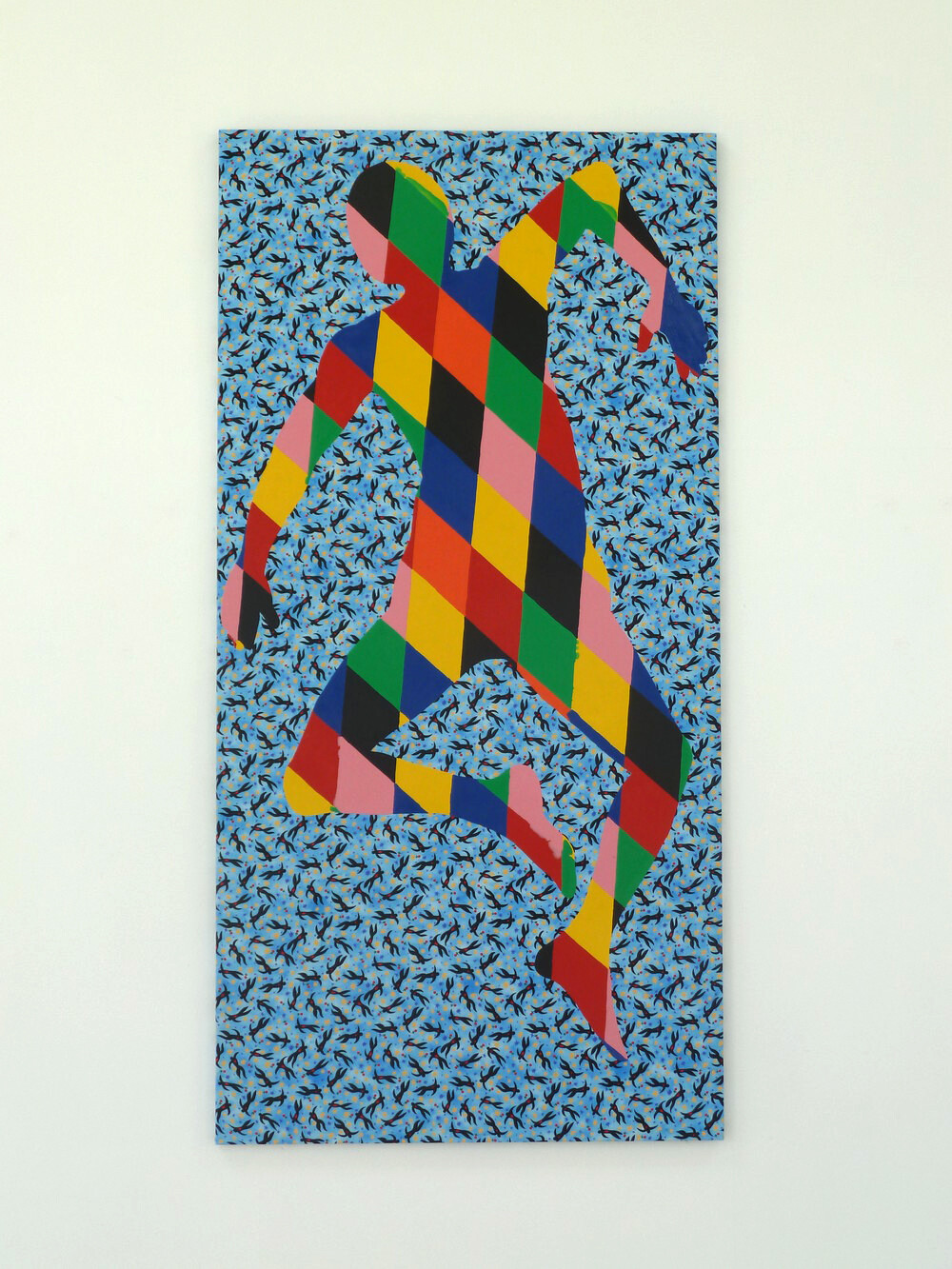 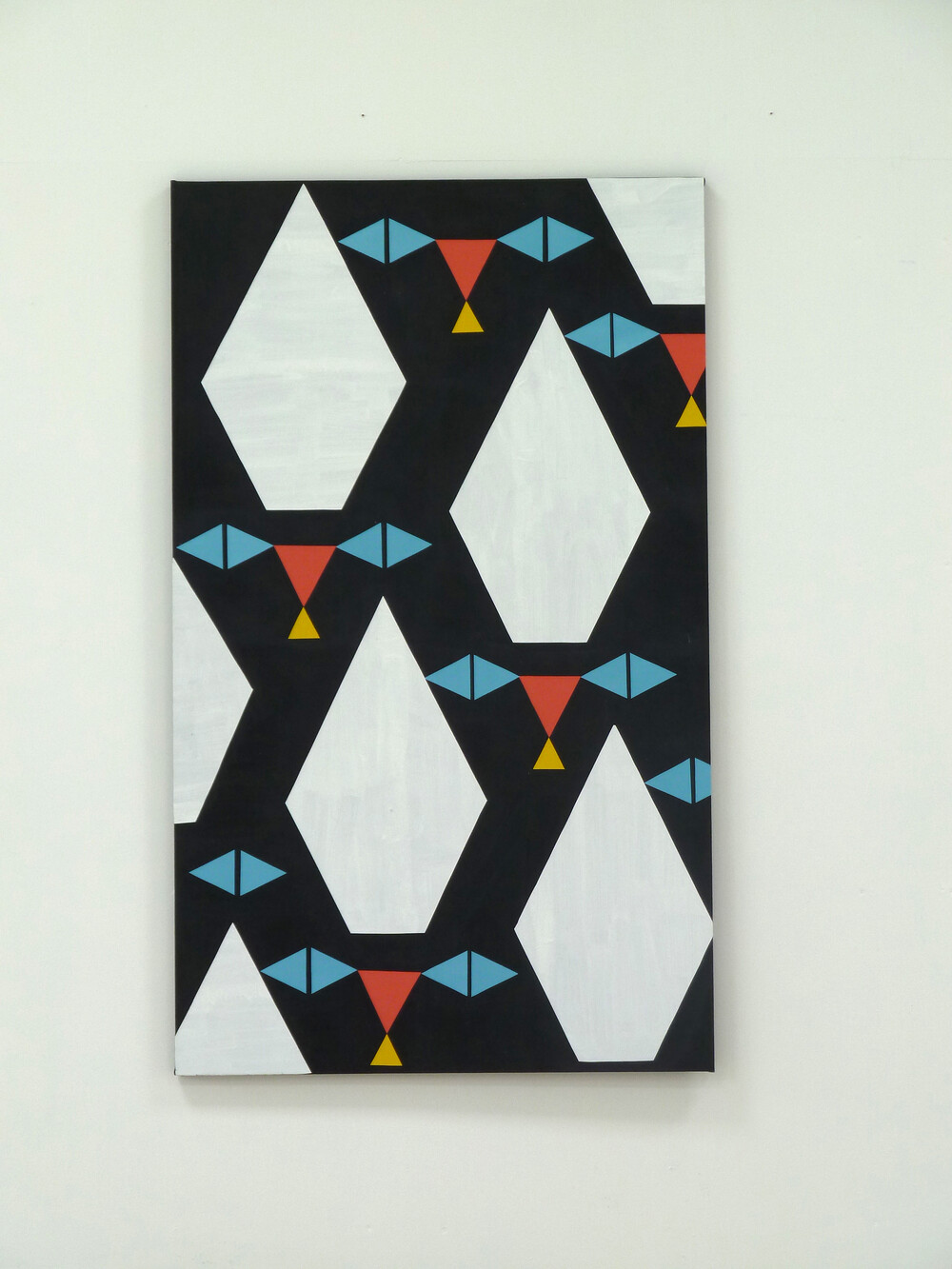 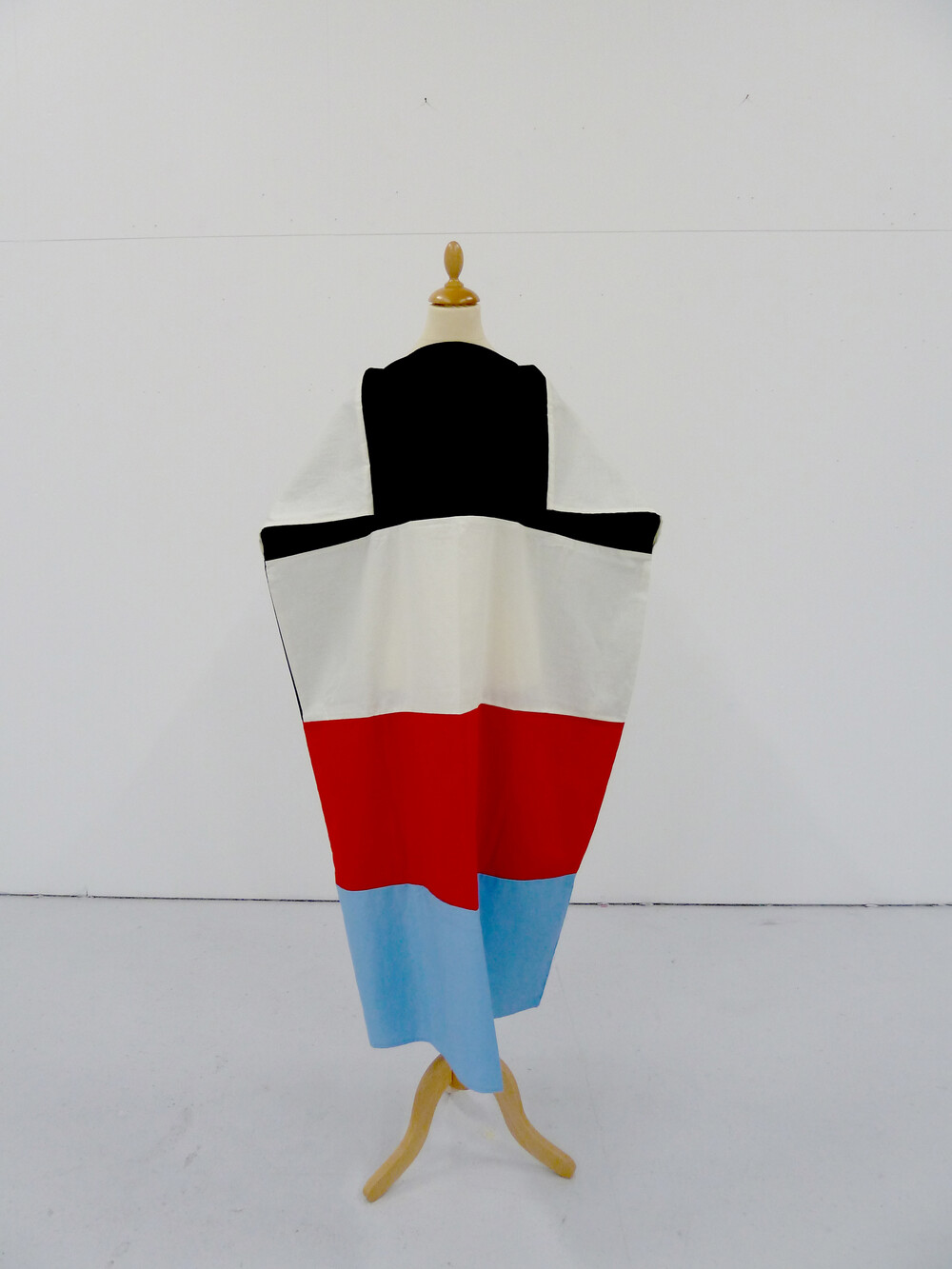 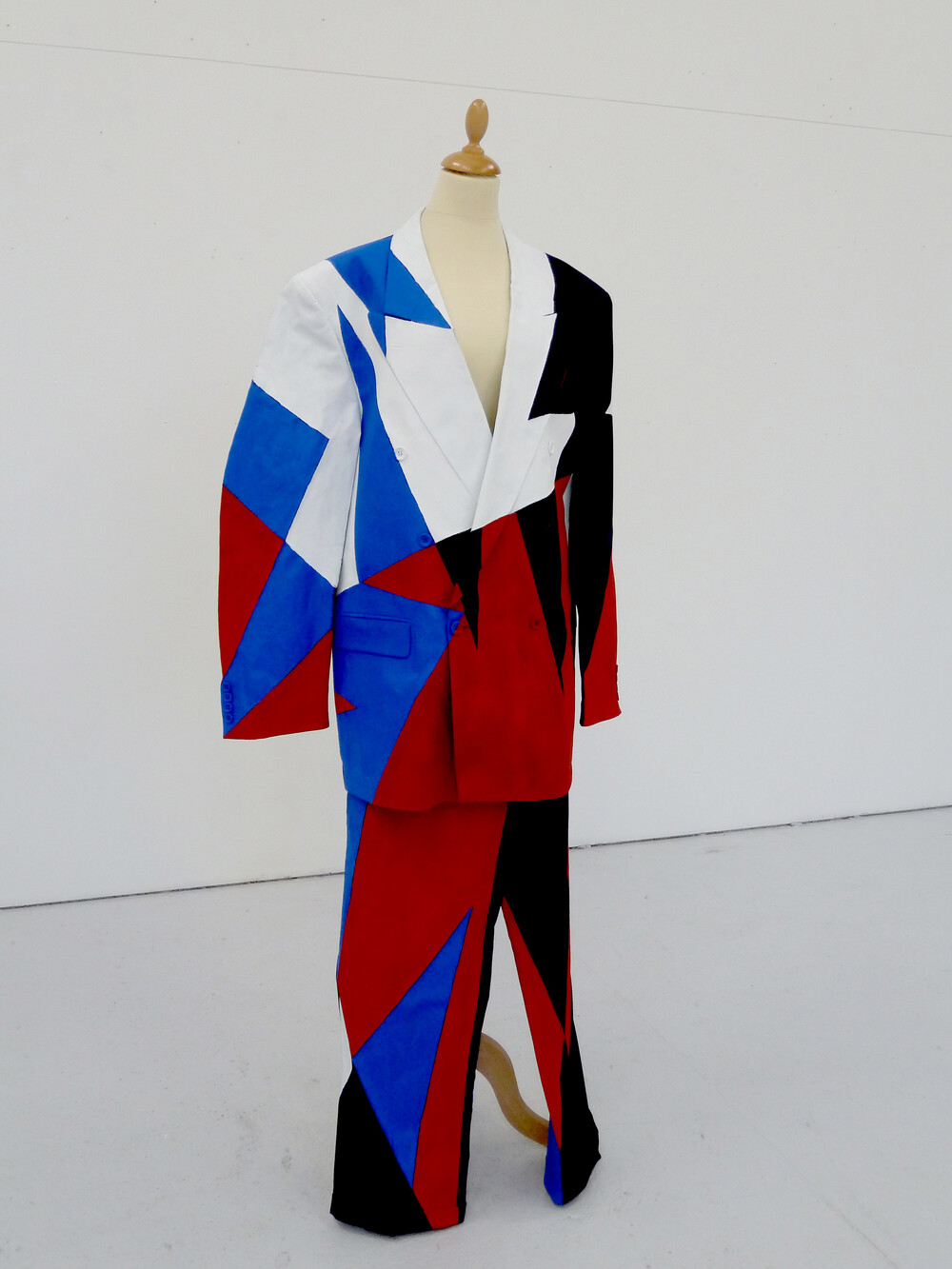 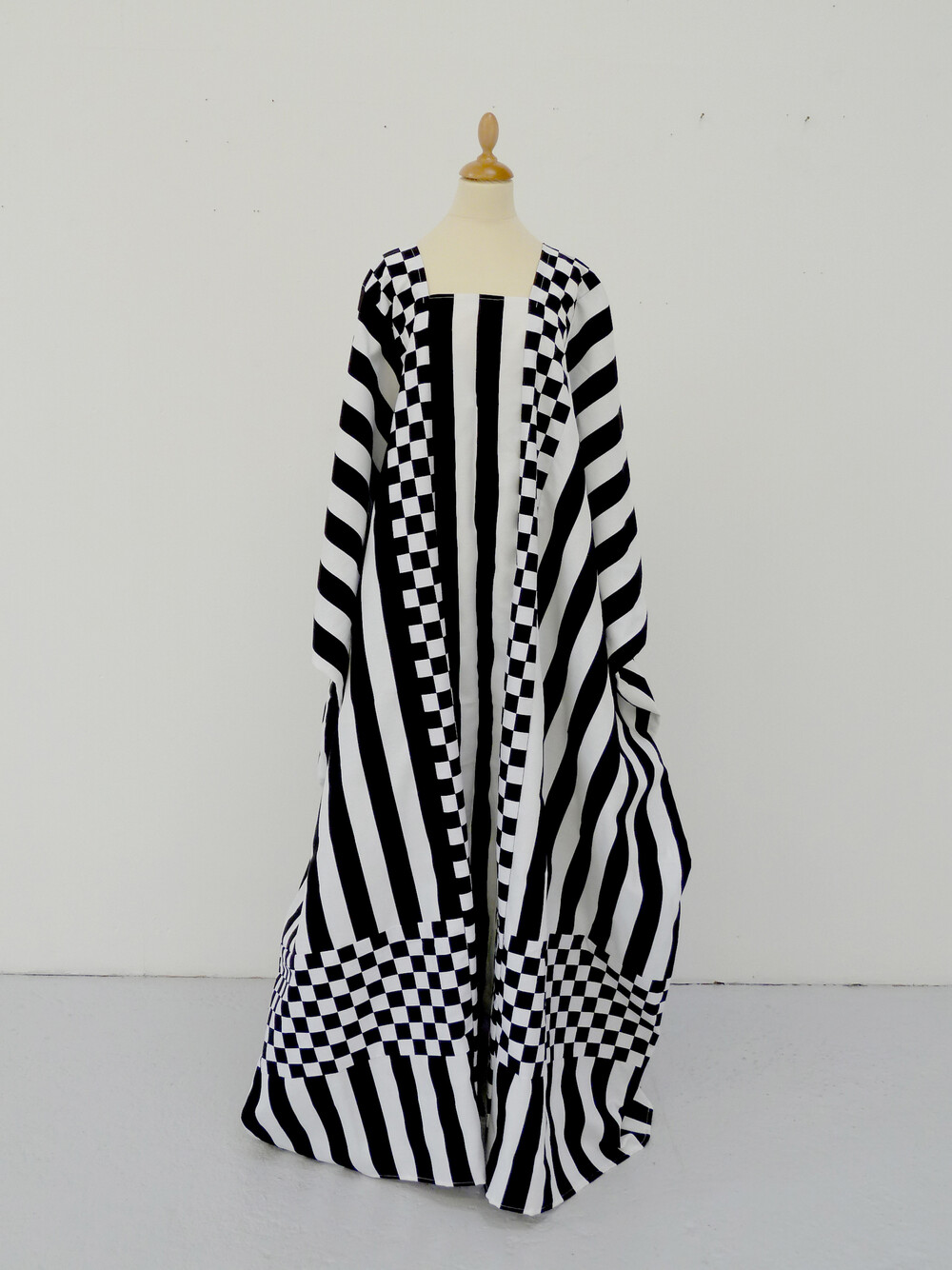 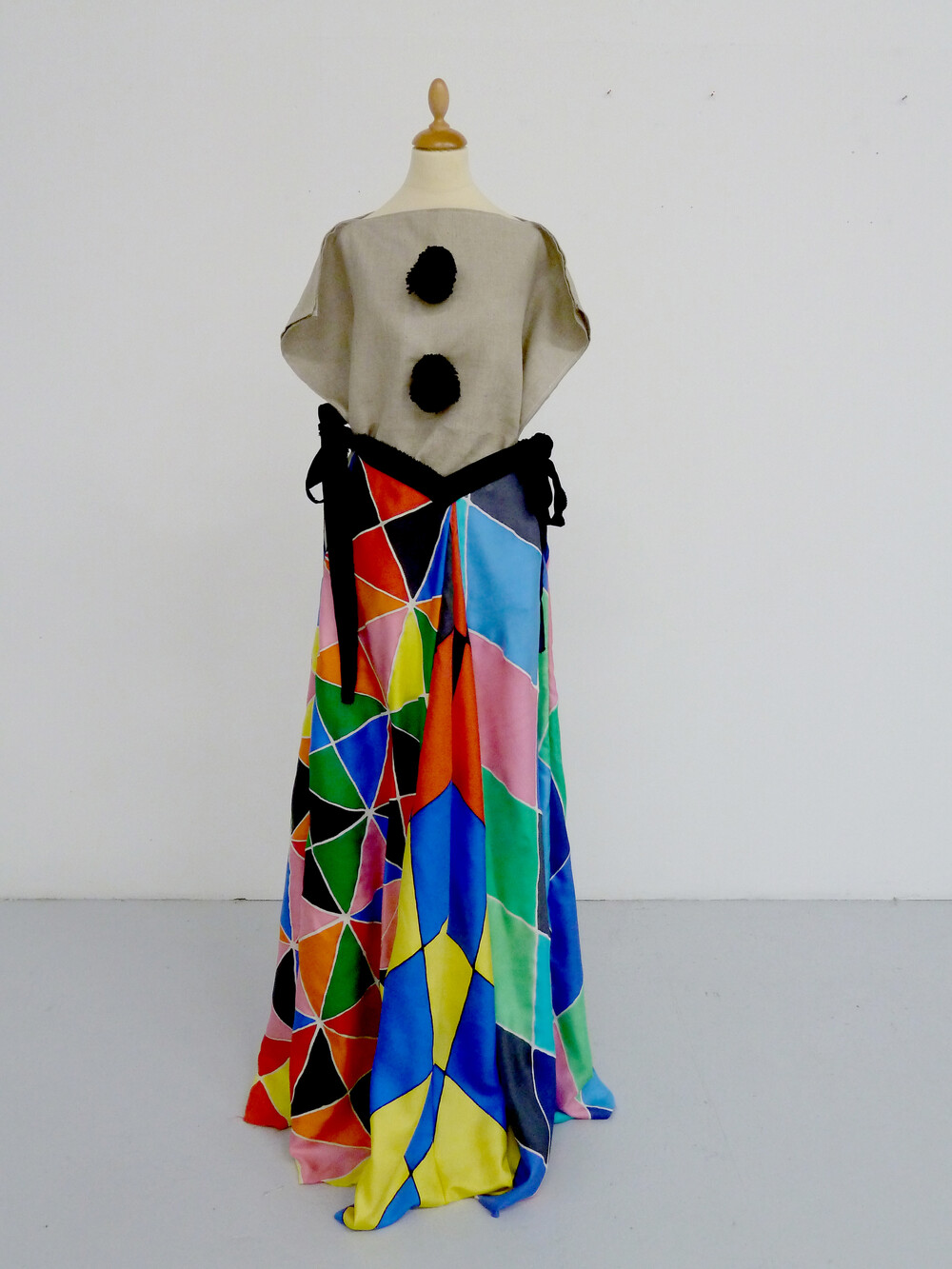 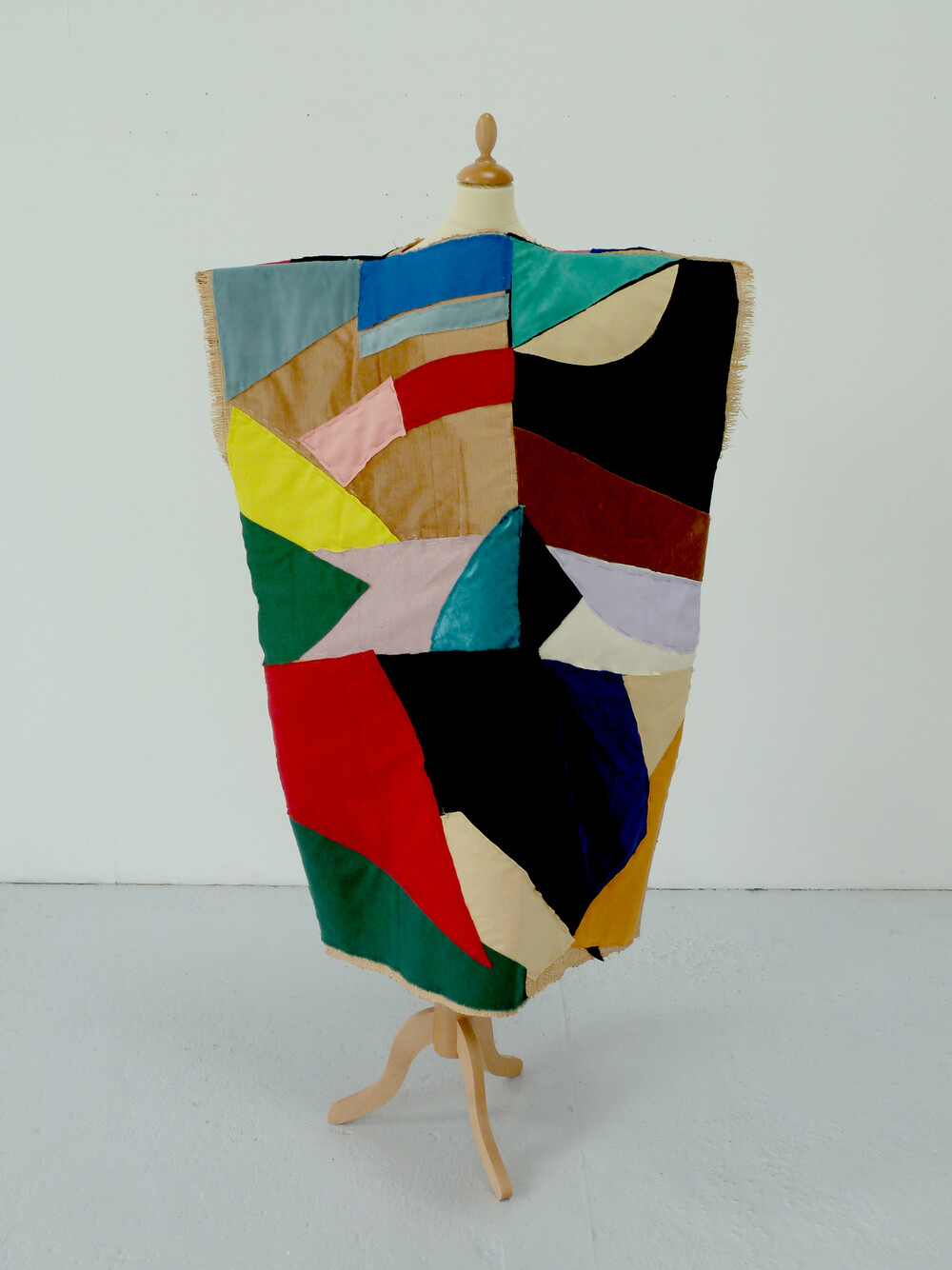 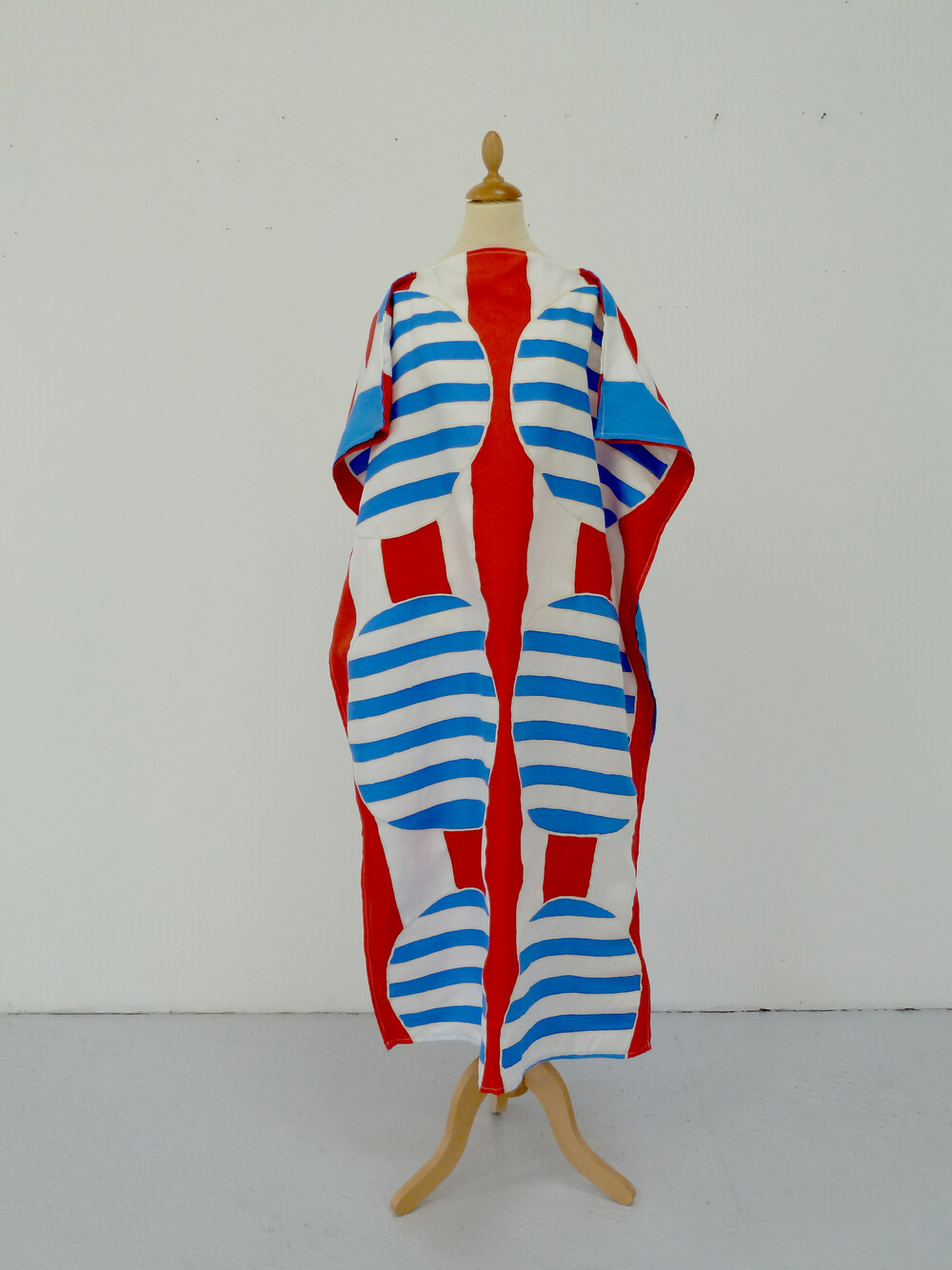 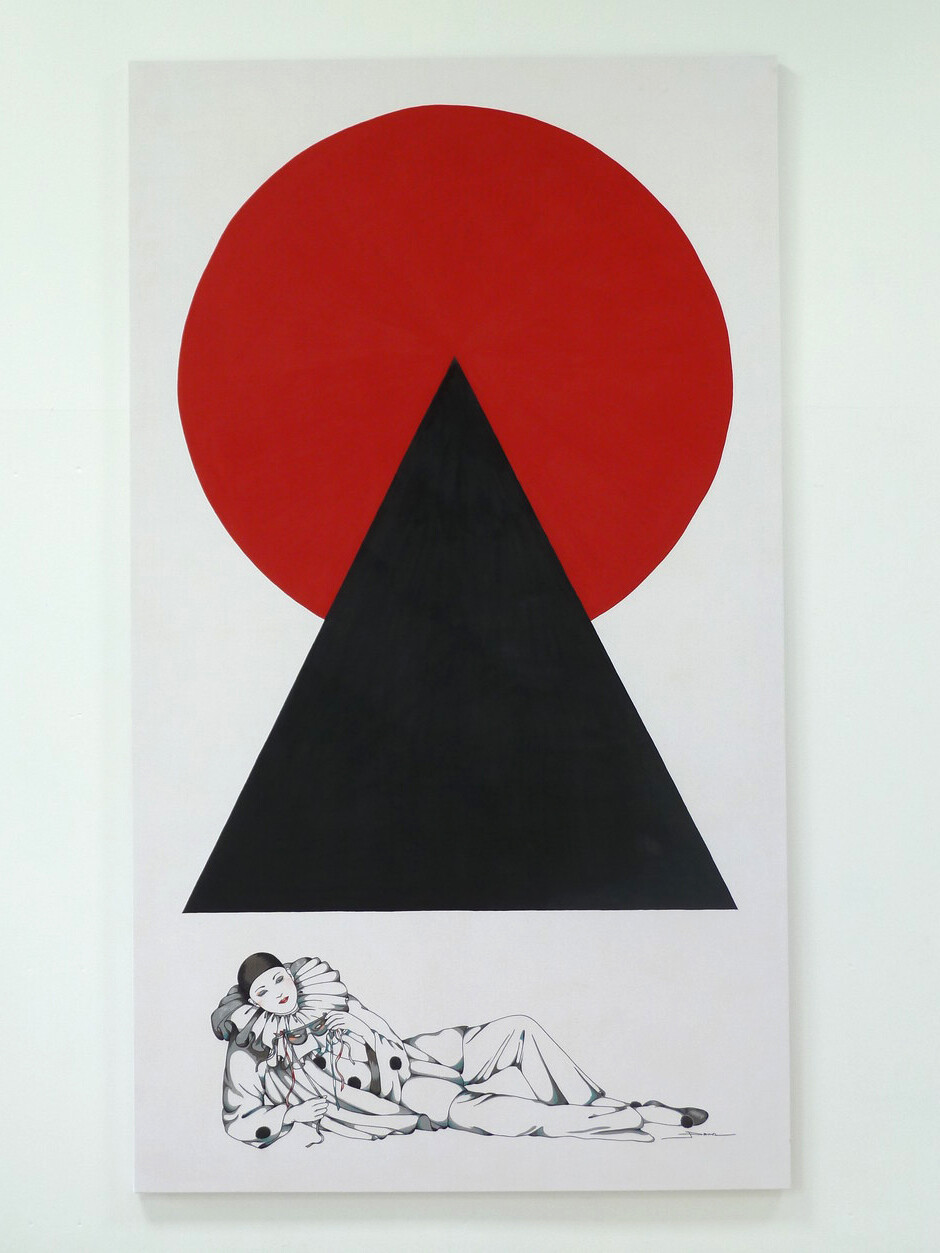 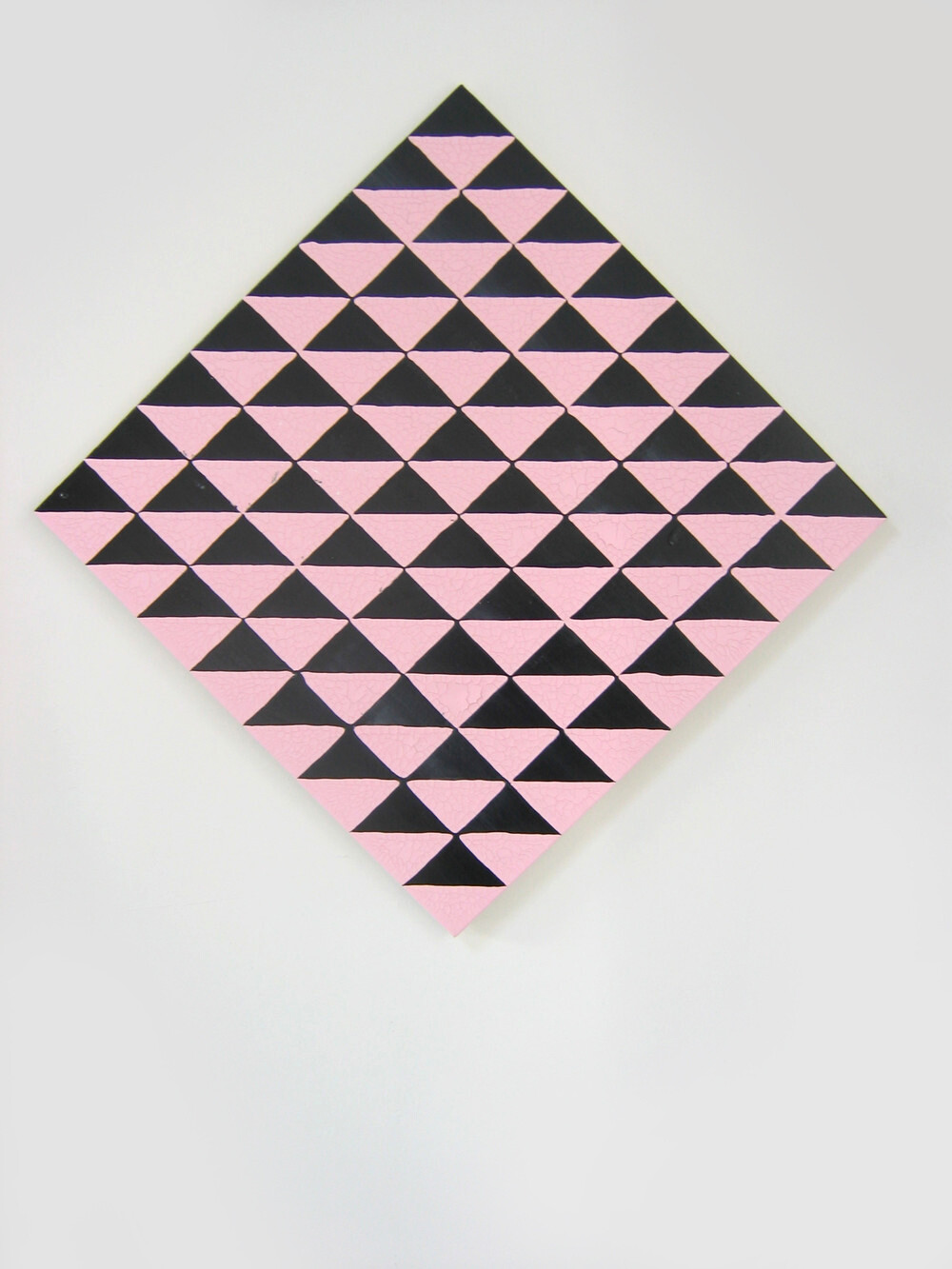 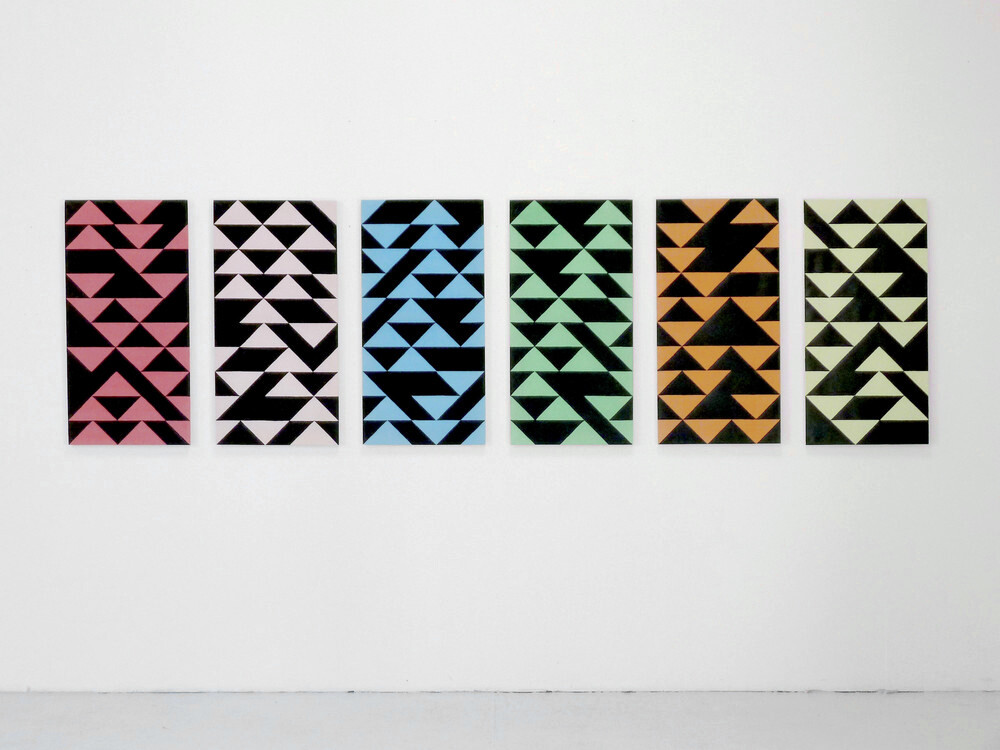