Born in 1983 in Karoi, Zimbabwe. He works and lives in Harare, Zimbabwe.

Moffat Takadiwa, collects waste to create astonishing sculptures, which are like a somewhat distorted portrait of the lifestyle and political and cultural system in Zimbabwean society. Initially out of necessity, he used waste he gleaned like computer keyboard keys, bottle plugs, tooth brushes and then transformed these into his own plastic lexicon. Moffat Takadiwa transforms waste into astonishing compositions, which convey the magic of a totem or ritual objects. Somewhat tongue in cheek, he questions the cultural domination that he sees reflected in consumer society’s objects which have invaded the African continent.

In 2009, he was one of the founding members of the First Floor Gallery, a contemporary art gallery in Harare, Zimbabwe. In 2016, his work was presented in When Tomorrow Comes at the Wits Art Museum, Johannesburg and in Across Borders, a solo exhibition at WHATIFTHEWORLD Gallery in Cape Town. 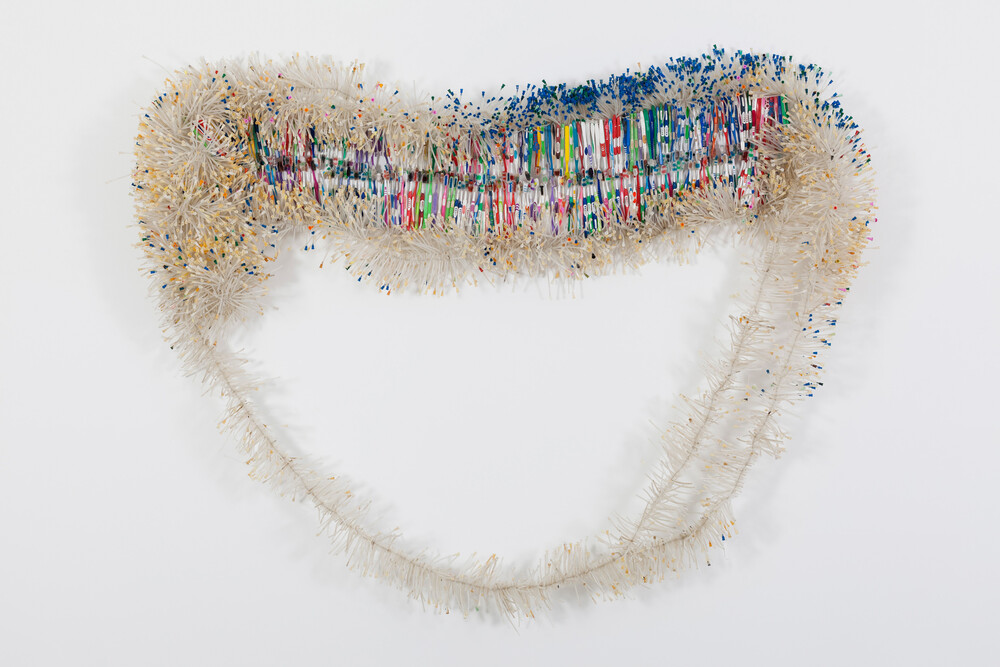