Born in 1982 in Port Harcourt, Nigeria. She lives and works in New-York.

Drawing is ruby onyienechi amanze’s favorite medium of expression. She explores with virtuosity the malleable character of paper and creates compositions in space boasting rich iconography and relating tales through strange creatures, symbols and patterns. Her graphic narratives were inspired by her own experience of migration and uprooting and relate to her questioning of cultural hybridity. Her work is a metaphor of contemporary reality in a world in perpetual movement where one’s identity is not merely defined by geographical or national origin but is fluid, in free multiplicity.

A graduate of the Canbrook Academy of Art, Michigan in 2006, she is an artist-in-residence at the Queens Museum in New York. In 2012, ruby onyienechi amanze received the prestigious Fulbright Scholar award. In 2016, she exhibited her work at the Drawing Art Center in New York for the Prix Canson and participated in the group exhibition L’Autre Continent : Artistes, Femmes, Africaines in Le Havre Museum, France. Her work is also shown in The Ease of Fiction at the California African American Museum in Los Angeles (until February 17, 2017). 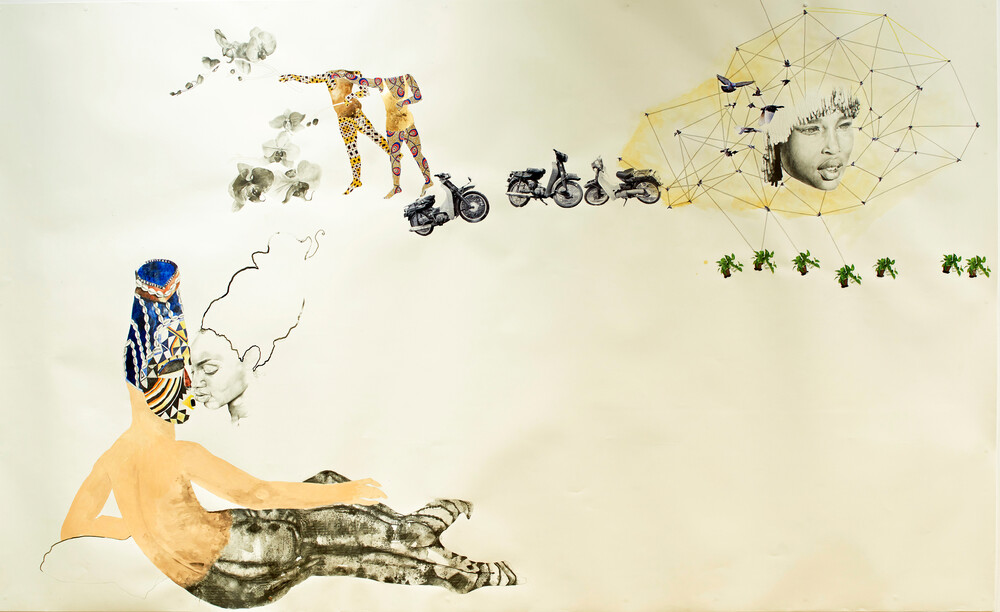