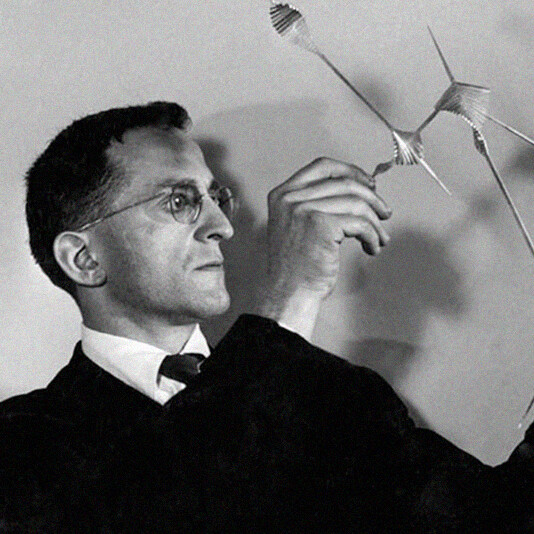 Known primarily for his work as a designer of lighting fixtures, Serge Mouille received a master silversmith diploma from the School of Applied Arts in Paris. He studied with silversmith and sculptor Gilbert Lacroix and, after graduation in 1941, went to work in his studio. In 1945, Mouille himself became a teacher at the School of Applied Arts and opened his own metalworking studio. At that point his design commissions were mostly for hand rails, chandeliers and wall sconces. In 1953, Jacques Adnet hired him to design lighting fixtures, an art to which he devoted the rest of his life. Throughout the 1950s Mouille designed large, angular, insect-like wall mounted and standing lamps with several arms and smaller, more curved wall-sconces. Some of his best known designs from the period are his lamp Oeil, 1953, Flammes, 1954, and Saturn, 1958. He worked to achieve a kinetic, sculptural aesthetic that evoked a sense of movement in space. He also claimed his lighting fixtures were a reaction to the Italian models, which were beginning to invade the market in 1950, and which he thought to be “too complicated.” 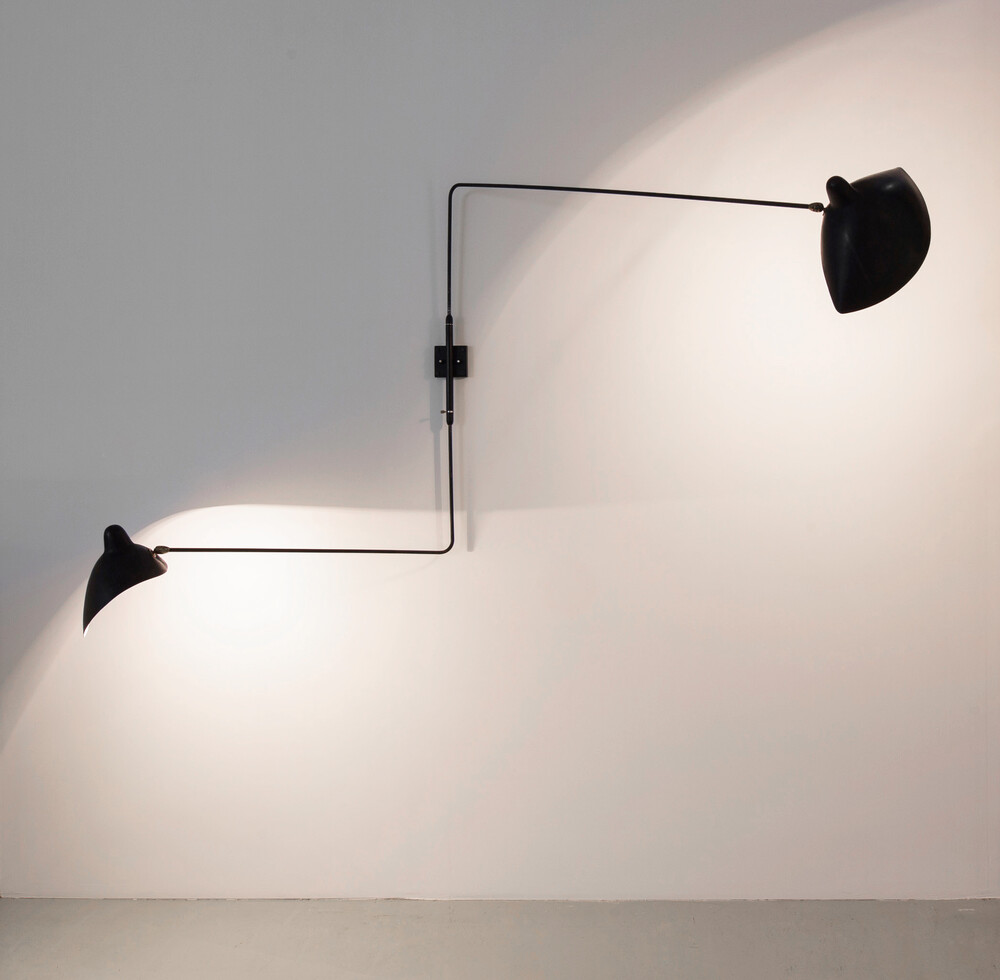